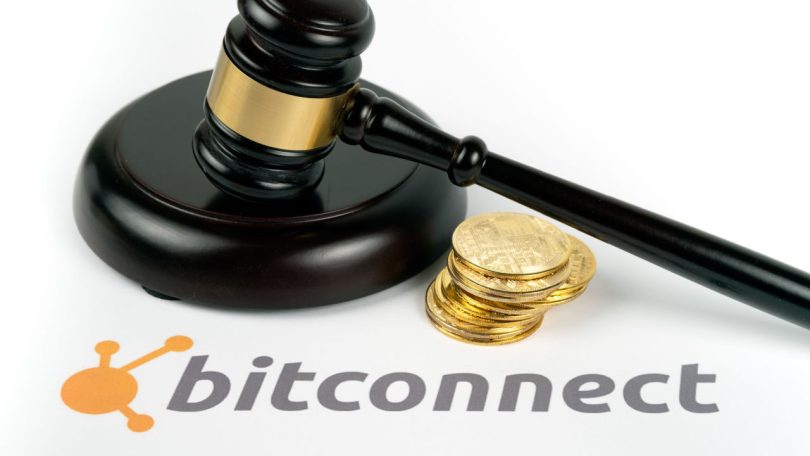 A court in the United States has ordered the distribution of over $17 million in compensation to investors of the Bitconnect pyramid scheme. This notorious crypto investment scheme, which defrauded thousands of people globally, will finally see justice for its victims.

The U.S. Department of Justice (DOJ) announced that over $17 million in compensation will be given to 800 victims from more than 40 countries who were scammed by Bitconnect. The crypto investment scheme, which defrauded thousands of investors globally, will finally see justice for its victims’ thanks to an order issued by a federal district court in San Diego.

The restitution order follows the guilty plea of Glenn Arcaro, the top U.S. promoter of Bitconnect, on September 16, 2021. Arcaro, 44, admitted to conspiracy to commit wire fraud, by marketing Bitconnect’s initial coin offering and digital currency exchange as a profitable investment, with the intent to take advantage of investors’ interest in cryptocurrency.

Arcaro and his associates deceived investors about Bitconnect’s “Lending Program” and the alleged proprietary “Bitconnect Trading Bot” and “Volatility Software” technologies that they claimed would generate guaranteed returns on investment in crypto markets. These technologies were used as a lure to convince investors to trust the scheme and put their money into it.

The US Department of Justice (DOJ) has stated that Bitconnect, operated as a textbook Ponzi scheme. This means that the platform was paying returns to earlier investors using funds from new investors. Additionally, a portion of the money invested, up to 15%, was directed into a slush fund for the benefit of its owners and promoters, as per the DOJ explanation. This was done by Arcaro and his associates.

Glenn Arcaro, a resident of Los Angeles, was sentenced to 38 months in U.S. federal prison in September of 2022 after he admitted to earning at least $24 million from the Bitconnect scam. The US Department of Justice stated that all of the money earned from the scam would be repaid to investors or forfeited to the government. In November of the previous year, the Justice Department had offered for sale $56 million worth of cryptocurrency assets seized from Bitconnect.

The founder of the cryptocurrency pyramid scheme, Indian national Satish Kumbhani, was indicted on February 25, 2022, for his role in organizing the $3.4 billion fraud scheme. In August of that year, Indian police launched an investigation into Bitconnect and a search for its mastermind. If convicted in the United States, Kumbhani would face a maximum sentence of 70 years in prison.

Kindly share your opinion on the possibility of Bitconnect investors receiving more compensation for their losses caused by the Ponzi scheme. Kindly share your thoughts in the comment section below.