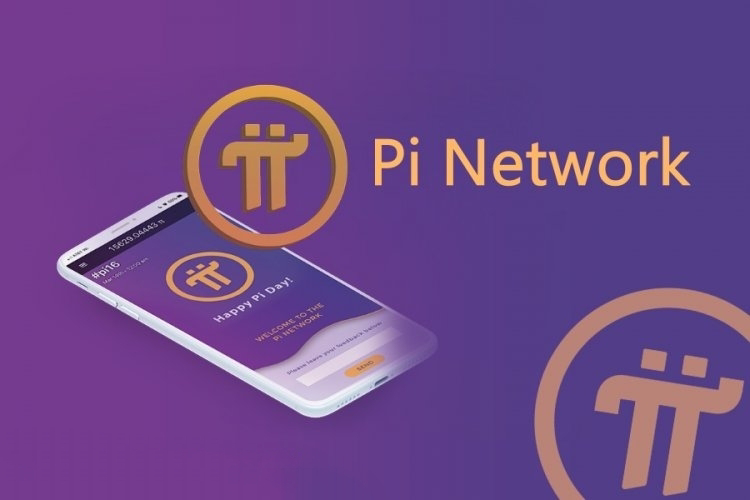 The Pi Network has experienced significant growth, rising from 0 users in 2019 to over 3.5 million active participants in 2020. In 2022, it reached over 30 million users, making it a topic of discussion among crypto investors. The network promises a cryptocurrency similar to Bitcoin, but without the drawbacks and the pressure of FOMO. In this analysis, we will explore whether the Pi Network is worth considering as an investment opportunity.

You will find our beginner’s guide to cryptocurrency helpful if you are new to the crypto space.

Let’s first take a look at the Pi founding team:

In 2009, he co-founded Gameyola, an online games platform (the last funding was raised in May 2009, Facebook fbFund was the only investor. According to CrunchBase, its current operational status is closed and no information is given on its revenue or valuation). He is also the founding CTO at StartX, a non-profit community of entrepreneurs, industry experts, Stanford professors, and growth-stage startups. The community has a combined valuation of over $26 billion.

The Stellar Consensus Protocol was designed by David Mazières (a Computer Science Professor at Stanford and the Chief scientist at Stellar Development Foundation) and has been operating in the Stellar Network since 2015. This consensus protocol uses an algorithm called Federated Byzantine Agreement (FBA).

What is Federated Byzantine Agreement (FBA)

We will define this term in stages:

An agreement system allows a group to reach a decision. Any agreement system running on a distributed network like blockchain needs to be fault tolerant. This means the network should operate normally and produce consistent results despite a degree of faultiness (e.g. unresponsive nodes or misordered messages).

In a Federated Byzantine Agreement, nodes choose some peers (other nodes) they trust. This list of trusted nodes is known as their quorum slice. Several quorum slices will overlap to form a quorum.

How does Pi adapt to the Stellar Consensus Protocol?

1). Unlike the Stellar Network which consists mostly of companies as nodes, Pi developers intend to allow individuals (connecting from mobile phones, laptops, and computers) to contribute to the protocol.

2). Pi uses a trust graph which is a list of trusted Pioneers provided by the Pi contributor. The Pi nodes are required to consider this trust graph while creating their quorum slice.

3). Pi developers plan on developing an algorithm that takes into consideration the trust graph and suggests each node an optimal configuration or sets the configuration automatically.

How good is the Stellar Consensus Protocol

FBA keeps the network highly scalable (transactions are verified in 3 to 5 seconds) and supports low-barrier entry; anyone can enter and leave the network with ease.

However, on May 15th, 2019, the Stellar Network (built on SCP) went offline for 67 minutes (others reported it was approximately 2 hours).  According to the Stellar Development Foundation, when faced with consensus uncertainty, the Stellar Consensus Protocol prefers to halt rather than operate in a potentially inconsistent state. Earlier that same year, in his response to an article questioning SCP security, David Mazière confirmed that the FBA configuration is highly centralized and that Stellar developers are in the process of improving it.

There are three main phases of the development:

In December 2018, the Pi mobile app was launched on iOS App Store (it is currently available on Google Play Store). On March 14, 2019, the original Pi whitepaper was published marking the official launch of the Pi network. The Pi mobile app allows Pi users to contribute to building the trust graph and earn mining rewards.

During the Beta phase, the Pi Network grew to over 3.5 million engaged Pioneers reaching 233 countries.

This phase started on March 14, 2020. It featured a live Testnet with distributed nodes. Pi Network’s Node software allowed individual computers to run the Pi Testnet using Test-Pi coin. The Test-Pi was available only for testing and had no relation to Pioneer’s account balances on the Pi app.

The Testnet node helped in the assessment of the blockchain performance, security, and scalability. It also enabled Pi App developers to test their Apps against the Pi blockchain.

The Testnet ran parallel with phase 1, the Pi mobile app continued with the onboarding of Pioneers (engaged Pioneers grew to over 30 million).

There are two main events that will mark mainnet launch:

This period began in December 2021. This is the Mainnet but with a firewall preventing unwanted external connectivity( between Pi blockchain and other blockchains). This means that Pi will not be available for exchange on crypto exchanges or transferred to an external wallet. The enclosed network period is to enable Pi users to complete the KYC process and transfer their Pi to the live Mainnet blockchain. Pioneers can purchase goods or services on the Pi apps, transfer to other Pioneers, or lock up their Pi coins on the Mainnet.

Pi network has a strict policy of one account per person, as a result, the KYC process covers not only identity verification but name matching with the Pi account and screening against the government sanction list.

Only accounts with verified identities will be transited to the Mainnet. Meaning that if some members of the Referral Team or Security circle of a Pioneer do not complete their KYC, the Contributor and Ambassador rewards from unverified members initially accumulated in the Pioneer’s mobile balance will not be transferred to the Mainnet balance. The balance of unverified accounts will expire at a certain date and be discarded (freed up for mining by other verified Pioneers).

Depending on the progress of the KYC process, this period is scheduled to begin on Pi day (March 14, 2023) or Pi2 day (June 28, 2023), or later. In this period, the firewall implemented in the Enclosed Network period will be removed, allowing external connectivity.

There are four roles Pi users can play to mine Pi:

This is a Pi user on the mobile app who confirms that they are not a robot daily. In doing so, the network rewards them with Pi. Every new account gets 1π free and 0.1π/hour mining rate after the first 3 sessions.

An Ambassador is a Pioneer who introduces other users to the network. This boosts their mining speed by 25%.

Note: All reference mining rates apply to the Pi testnet. The Network has published an adjusted mining rate to be affected on the Mainnet.

According to Pi official blog, the Mainnet supply model has a maximum total supply of 100 billion Pi. The supply distribution will honor the original distribution principle in the whitepaper; the Pi community gets 80% and the Pi core team gets 20%. No information is given on the current number of KYC-verified Pioneers or the circulating supply.

What crypto exchange is Pi listed on?

Note: Pi coin is different from Pi Network DeFi token. Pi Network DeFi is designed to provide passive revenue through automatic dividend USDT bonus embedded in the contract. It runs on the Binance blockchain and is currently listed on PancakeSwap (V2).

In December 2022, the crypto exchange Huobi Global listed Pi for spot trading. 24 hours following the listing, Pi price surged by 71.6% (hitting $307.49). However, a press statement was released by the Pi Network in which they discouraged Pioneers and potential users from engaging with the exchange as the listing is not affiliated with the network.

The Pi network is currently in the enclosed network period, this makes interaction with any third-party technically impossible. Until the Open Network period is launched, listing on any crypto exchange is unauthorized.

No algorithm-based forecast website currently gives predictions on the Pi value as the value of the Pi coin will depend on when it goes live for trading and how it performs after the launch.

Pi mining is free. If the Pi Network is a scam, then it is not a traditional one (like Ponzi schemes) as users are not investing their money but their time. There have also been concerns about user’s privacy and speculations that the network may be selling users’ data for advertisement revenue. If you are not particular about ads and data scraping, Pi seems safe.

This is not financial advice. All information on this website is for educational and entertainment purposes only.