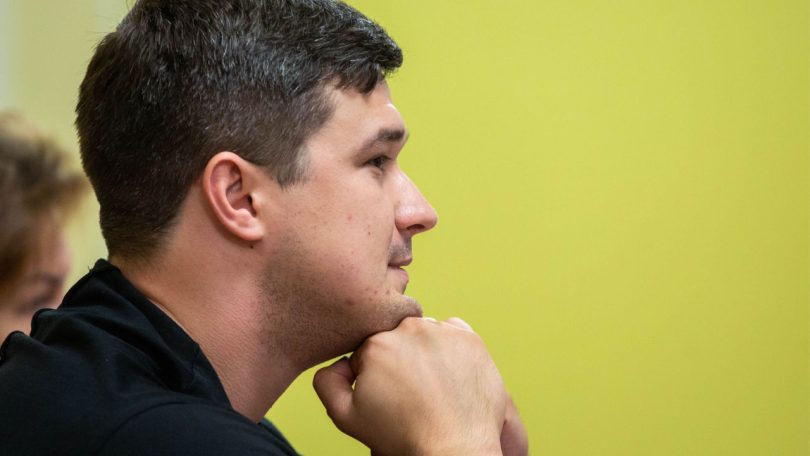 Mykhailo Fedorov, the minister responsible for digital transformation in Ukraine, has promised that the country will become a top destination for crypto assets. He made this statement during an interview with the media at the World Economic Forum in Davos. Fedorov expressed his gratitude to the crypto community for their support of his war-torn nation.

Crypto Donations Have Been Critically Helpful to Ukraine Amid Invasion, Fedorov Says

He stated that despite currency restrictions imposed due to martial law, the country was able to acquire the necessary resources for its armed forces thanks to donations made through cryptocurrency. Fedorov credited the global crypto community for their support during this difficult time.

In addition to praising the support from the crypto community, the Vice Prime Minister and Minister of Digital Transformation also highlighted that the government of Ukraine is working on creating a comprehensive legal framework for the full legalization of cryptocurrencies. Recently, the Verkhovna Rada, the Ukrainian parliament, passed the law “On Virtual Assets” in mid-February, which is a step in this direction.

For this legislation to come into full force, amendments to the Tax Code are also needed. Once they are adopted, Ukraine will have the best crypto jurisdiction in the world, Fedorov insisted, further pointing out: “Ukraine is a candidate for EU membership. We have to harmonize with European law, taking into account the practices and recommendations of the IMF and the World Bank.”
The high-ranking Ukrainian official also mentioned the progress being made toward issuing a Ukrainian central bank digital currency (CBDC). He stated that “Two weeks ago, I saw a pilot of the electronic hryvnia,” referring to the project being developed in partnership with Stellar and a private bank.
The National Bank of Ukraine (NBU) plans to propose legislation for the introduction of the CBDC in 2024, according to Mykhailo Fedorov. He also revealed that he plans to be the first test user of the CBDC and receive his salary in e-hryvnia.
Despite the ongoing conflict with Russia, the government in Kyiv has ambitious plans to make Ukraine the most digitally advanced country in the next two years. “Digitalization is going to be the foundation for rebuilding. We are doing these reforms during the war,” said Fedorov.
He also noted the support his nation is receiving from G7 countries such as the United States and Japan in terms of resources and expertise for digitalization.
Fedorov also called for the continuation of tech sanctions against Russia, as he believes Russia is still buying components using virtual assets and intermediaries.
READ ALSO:   Venezuela Sees Skyrocketing Prices as Dollar Soars 54% in 2022
Join Coinsem on Telegram