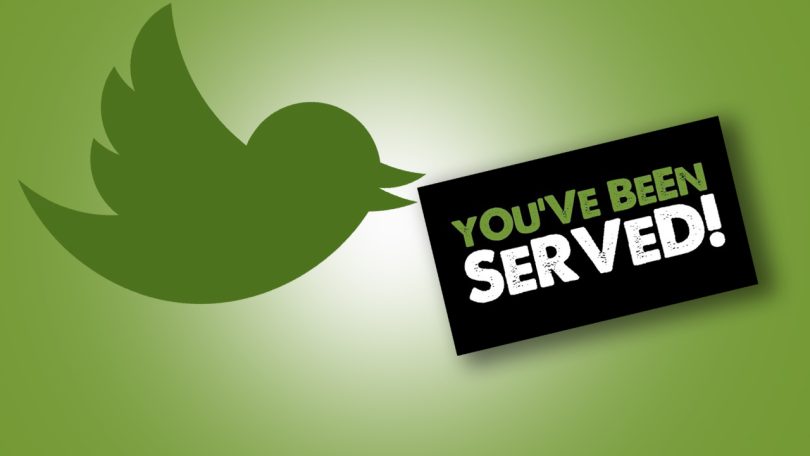 The founders of the former cryptocurrency hedge fund, Three Arrows Capital (3AC), have received subpoenas from the fund’s liquidators through Twitter. While it is unusual to serve subpoenas via Twitter, it has been done in the past, including the serving of Wikileaks in 2018.

Su Zhu and Kyle Davies, the founders of Three Arrows Capital (3AC), have reportedly been difficult to reach in regard to the bankruptcy liquidation process for the now-defunct cryptocurrency hedge fund. 3AC filed for Chapter 15 bankruptcy protection in early July 2022, but those involved in the bankruptcy process, including creditors and liquidators, have stated that they have had difficulty contacting the founders. As a result, a judge has permitted liquidators to reach out to the founders electronically through email and Twitter.

Su Zhu and Kyle Davies have been more active on Twitter recently, particularly following the collapse of FTX. They have been vocal in their criticism of Genesis and Digital Currency Group (DCG) amid controversy surrounding Genesis’s liquidity issues with Gemini. Davies has also been discussing the UST depegging and LUNA incident on Twitter. On January 5, 2023, the Twitter account “3ACLiquidation” served subpoenas to the founders of 3AC through Twitter.

On Twitter, the 3ACLiquidation account posted, “Kyle Davies, jpg copies of the subpoena are attached to this tweet by way of service. An unredacted copy of the subpoena was served via email and can be provided upon request.” The founders were ridiculed on Twitter after the subpoenas were served via the social media platform. Nic Carter tweeted in response, “Shouldn’t have tweeted so much eh Kyle?” Davies’ last tweet was on January 4, 2023, while Zhu’s last tweet was recorded on the same day as he commented on the new AI software Chatgpt.

Su Zhu and Kyle Davies are not the only individuals or organizations that have been served with subpoenas via Twitter. In August 2018, Wikileaks was served by Cohen Milstein, a litigation firm representing the Democratic National Committee (DNC), on Twitter in relation to allegations of collusion with Russia. In 2016, a Kuwaiti man received his subpoena through Twitter after a federal court approved the use of the platform for service.

Four weeks ago, Davies alleged that the liquidators of 3AC had refused “to engage” with him and Zhu “constructively.” The liquidators of 3AC have collected millions of dollars in fiat currency, NFTs, and digital tokens. During the first week of December 2022, the bankruptcy liquidators filed a motion to seize a $30 million super yacht that is reportedly owned by the founders of 3AC.