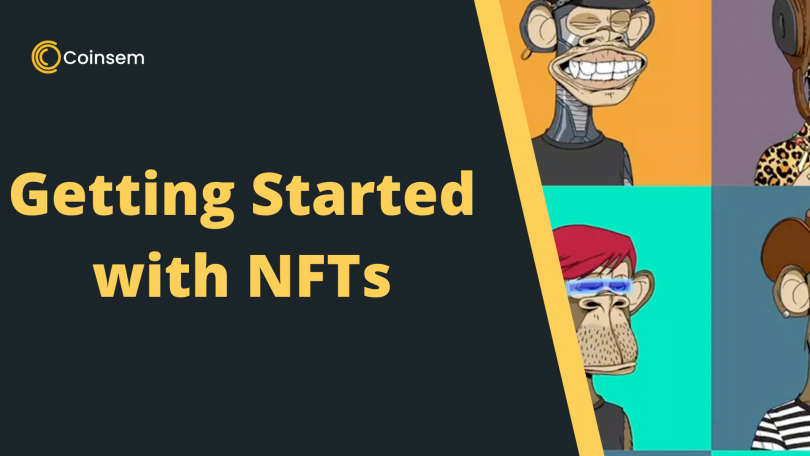 Before you continue, if you are new to crypcurrencies, start with your free 5-days crypto starter kit course now.

In 2021, digital artist Beeple sold a collage of his first 5,000 artwork for $69.3million making history as the most expensive digital art NFT ever sold.

And just when we thought it was all about art, Twitter co-founder Jack Dorsery sold the NFT version of his first tweet for $2.9million.

What are NFTs? Should you own one?

You’ll figure out in the course of this article

Let’s use the Cinderella story for instance; the fairy godmother makes Cinderella a one-of-a-kind glass shoe. Even if others tried to copy the design, only Cinderella has the original piece that was ‘designed with magic‘ by the fairy.

Imagine that the Cinderella story happened in 2022. The fairy godmother wants to sell a digital rendering of glass shoes. She saves the finished project as a file on her laptop, let’s call this file ‘glassshoes.jpg.‘

Assuming Cinderella is a princess who is rich in cryptocurrency and pumped up about digital images of glass shoes. Of course, She is also willing to pay for a JPEG file if she is certain that she alone owns the original.

To assure her of the exclusivity of the asset, the fairy doesn’t sell her a jpg file (which can be copied by anyone on the internet) but a jpg file that has an encoded digital certificate stating that the ownership of the file was transferred from the fairy to Cindrella at an exact date and amount.

To ensure that it cannot be deleted, duplicated, and remains open-sourced, this code is minted on a blockchain.

How are NFTs different from cryptocurrencies?

NFTs and cryptocurrencies are both built on blockchains. They cannot be duplicated or deleted, this is where their similarities end.

Cryptocurrencies are fungible. This means that they are interchangeable and equal in value. 1 ETH in Tracy’s wallet can be exchanged for 1 ETH in Alice’s wallet and they would still have the same value in their wallet.

NFTs are non-fungible. For instance, Decentraland is a metaverse game that sells the in-game plot of LANDs as NFTs. Each plot cannot be exchanged for another plot because they are not equal in value.

Every plot is distinct based on the specific information encoded in them (information on ownership, size, and location of the plot, etc).

The history of NFT dates back to 2012 with the concept of colored coins, presented by Yoni Hesse (CEO of eToro) on his blog. In December 2012, the whitepaper was written by Meni Rosenfeld.

Colored Coins are Bitcoins with special markings (a series of instructions embedded into its code).

The idea was to use these tokens to represent real-world assets (like real estate and stocks) and enable proof of ownership and the digital transfer of these assets.

Although the idea was not realized because of the limitations of the Bitcoin blockchain, it formed the basis of NFT experimentation.

Quantum is a pixelated image of an octagon filled with denoting circles that share the same center, with the larger circle surrounding the smaller ones. As of November 2021, the Quantum art piece sold for over $1.4 million in Sotheby’s auction

In 2015, a series of team creators partnered with Counterparty to issue in-game assets. Spell of Genesis game creators was the first to launch an ICO.

In August 2016, the team at Force of Will partnered with Counterparty to launch their trading cards on the platform.

In October 2016 memes entered the Counterparty platform with the most popular being Rare Pepes.

Rare Pepe is an image featuring a frog character called Pepe the Frog.

In early 2017, Rare Pepes NFT was traded on the Ethereum blockchain.

In 2017, John Watkinson and Matt Hall, creators of Larva Labs created an NFT project on the Ethereum blockchain called Cryptopunks.

Cryptopunks are a series of 10,000 characters built on the Ethereum blockchain with no two characters the same.

Inspired by ERC-721, cryptokitties were created by a Vancouver-based company called Axiom Zen. It is a virtual game built on the Ethereum blockchain that allows players to adopt, breed, and trade virtual cats.

This project went viral and was aired by CNBC and FOX News.

The mainstream adoption of NFTs exploded in 2021 with the creation of Everydays by Beeple, First Tweet by Twitter co-founder Jack Dorsey, and Replicator by Micah Bowbak.

The Biggest NFT Sales In History

Created by the digital artist Mike Winklemann (known online as Beeple), this NFT features a collage of 5000 of Beeple’s earlier artwork demonstrating his growth as an artist.

The Everydays NFT was sold for $69.3 million at Christie. The purchase was made by Vignesg Metakovan Sundaresan.

The second highest bidder on this piece was Tron CEO and founder Justin Sun, who offered $60.2 million.

Created as one of the 10,000 character pieces by John Watkinson and Matt Hall, Cryptopunk #7523 was auctioned in Sotheby for $11.8 million. The purchase was made by Shalom Meckenzie.

Auctioned by Nifty Gateway for $6.66 million and resold four months after for 10× its original price, the Cross Road NFT was designed by Beeple.

It features an enlarged Donald Trump-like figure laying face down with profane words written over his naked body.

The artwork was designed to change according to the 2020 elections. If Trump had won, it would have featured him striding through fire.

Created by Beeple and purchased by Justin Sun for $6 million in March 2021, Ocean Front NFT is an image of cargo elevated above the water.

The profit from this auction went to the Open Earth Foundation to help track the progress of the Paris Agreement to combat climate change.

World Wide Web creator Tim Berners-Lee sold an NFT that represents the original source code of the web at an auction in Sotheby. The NFT was titled “This Changes Everything” and purchased for $5.4 million.

Use Cases Of NFT

The current use cases for NFTs are crypto arts and digital collectibles.

From Beeple’s Everydays (containing 5000 art pieces) to Cryptopunks with 10,000 distinct characters to Cross Road, NFTs are creating a wider market for digital art by solving the long-time problem of ‘creating scarcity’ and proving ownership.

Anyone can digitally copy a virtual artwork but when it comes to NFTs, only one person owns the original. The proof of this ownership is stored in a distributed blockchain system that cannot be altered.

NFT auction platforms like Nifty Gateway allow artists to earn a cut from secondary market sales by giving commission for each resale of their work.

There is currently a thriving market for NFT collectibles: Jack Dorsey sold the NFT version of his first tweet for $2.9 million, Tim Berner-Lee sold the NFT of the original source code of the web for $5.4 million.

According to CNBC, the NBA Top Shot (which is an NFT of NBA highlights) has generated over $230 million in sales with the majority of the profit made from resales.

Apart from crypto art and digital collectibles, NFTs can be used in real estate by linking them to physical property. The person who purchases the NFT claims ownership of the property.

This would help in digitalizing the way we prove ownership of real-world assets by using a system that cannot be altered.

NFTs can also be used in music by creating a collectible piece of music where musicians earn commissions on streaming.

NFTs are also useful in decentralized finance. JustLiquidity offers an NFT staking pool where users get rewarded with NFTs for staking crypto. These NFTs are used to access the next pool.

Before we answer this, why buy a painting of the Mona Lisa? And why do people spend millions auctioning for a bottle of wind they can buy cheaper elsewhere?

1). To support the creator:

Buying an NFT is a way of supporting the artist or the creator of the piece.

For the artist, NFTs create scarcity of the piece hence increasing the value.

For the buyer, NFTs provide an easy way to prove ownership of assets. Since they can only be one owner of the original piece, they serve as bragging rights.

NFTs have the problem of illiquidity, they are only valuable as long as someone is willing to pay for them.

If you must buy them, do it because you love the art or asset and you want to own it, not because of the hype around it.

Do your due diligence before investing in any asset or security. All investments are risky.

If you are new to crypcurrencies, start with our take our free 5-days crypto starter kit course now.